As I mentioned on Twitter tonight, I've never really followed Amazon or its stock closely. To me, the ongoing debate between bulls and bears re: Amazon's profits (or lack thereof) is just an interesting case study of the market weighing disparate views.

So far, the market's "weighing machine" has largely been pointing towards the bullish side of the scale, at least where AMZN is concerned.

"Amazon’s third quarter followed a familiar script: it sold vast quantities of things, lost money while doing so, and investors were delighted.

Revenue was $17.09 billion, up 24 percent and about $400 million more than predicted, the company said Thursday. But all that volume could not yield a profit. Amazon lost 9 cents a share, or $41 million, just like as had anticipated.

Investors broke out the champagne. In after-hours trading, the stock was up $29, or 8 percent, to $361. The stock is up nearly tenfold since 2008. Amazon is the subject of an increasingly bitter debate about whether all of its investing in warehouses and new ventures will ever lead to solid profits.

The bulls think the company is building an unassailable position as the most important retailer in the country. The bears point to things like this week’s increase in the free shipping minimum to $35 from $25 as signs that Amazon must one day focus on the bottom line. For the moment, the bulls are very much in ascendance...".

Now as far as Amazon goes, all I know is:

a) It's the Sears Roebuck of our generation 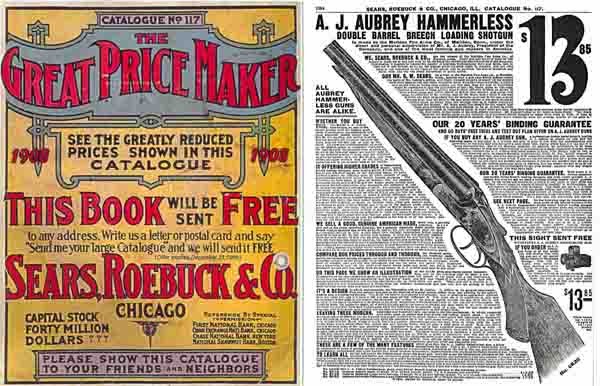 b) Jeff Bezos (widely hailed as one of the century's great business leaders). 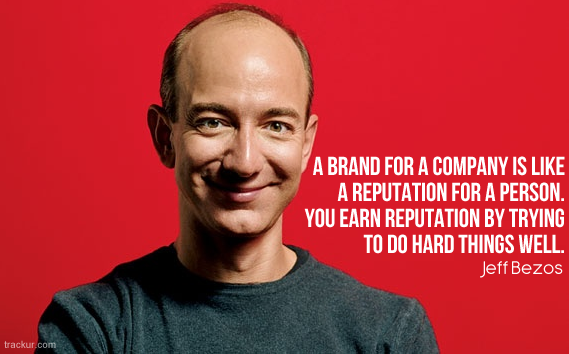 c) I like ordering from Amazon. Great selection of goods, visibility on prices. 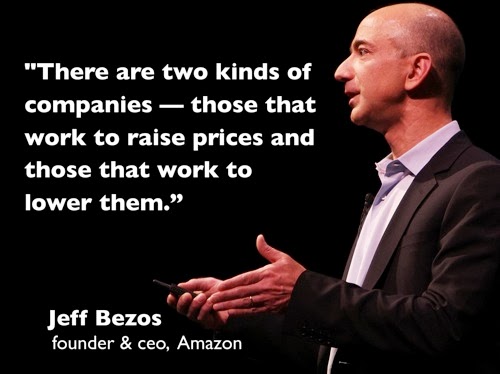 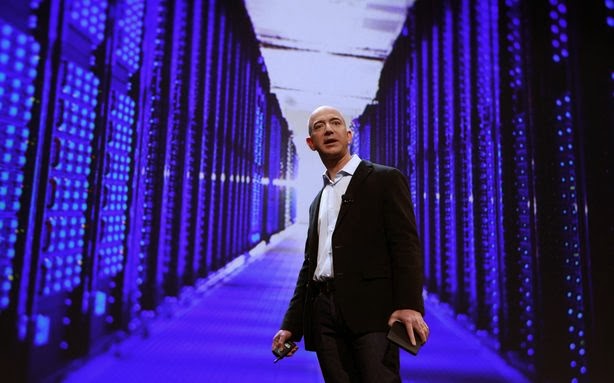 And of course, there's the chart. Here's the long-term monthly chart of AMZN, from Amazon's IPO in 1997 to present, late 2013 (click to enlarge). 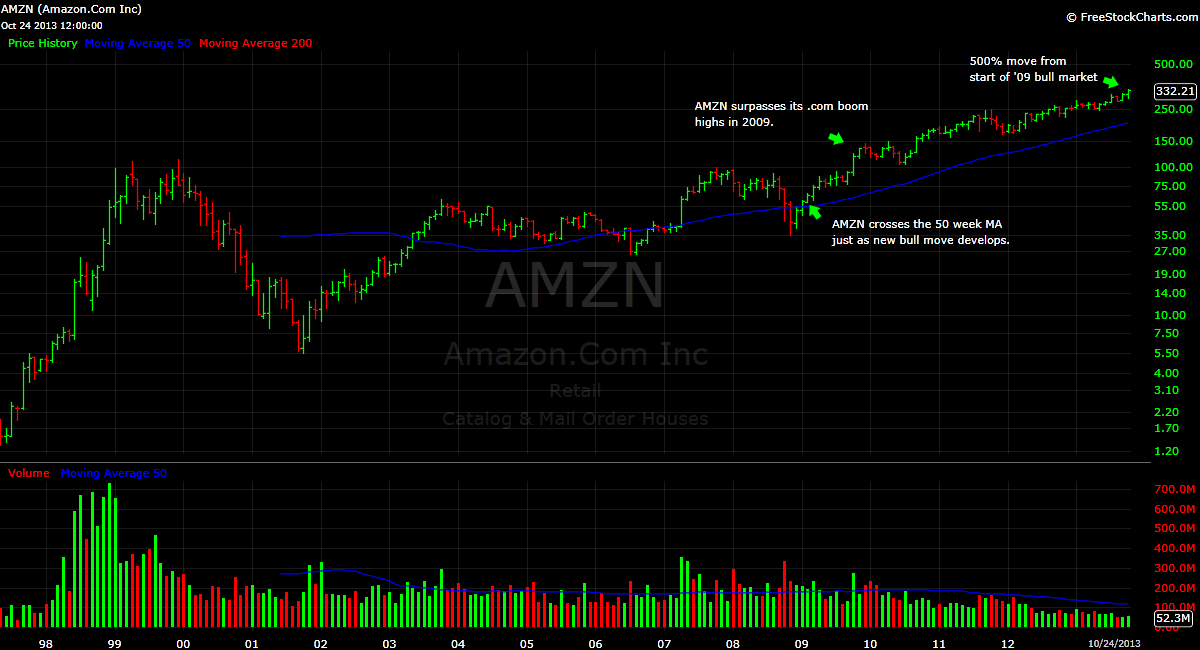 As you'll note from the chart above, there were only 2 really good times to be bearish on AMZN. The first was after the dot-com bubble peaked in March 2000. The second was a brief period near the height of the 2008 financial panic, when AMZN dropped from the mid-$80s to around $35.

So, to sum up, I have no dog in this fight (no current position in the stock). I'm neither a raging bull or bear on Amazon, but I think that putting this post together has helped me see things a bit more clearly. You can bet that I won't be shorting AMZN anytime soon, and I will definitely keep an eye on its relative strength (as a long candidate) in any future market corrections.

Photo credits: via Google Images and The Atlantic.