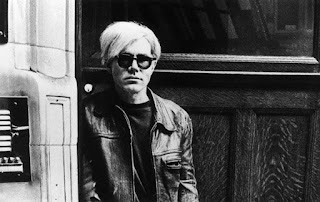 I know I'm not the only one to have noticed a striking resemblance between famed Fidelity fund manager, Peter Lynch, and artist, Andy Warhol.

A quick Google search reveals this to be so; it seems quite a few people have commented on the similarity in their looks. So file this post in the "random observation" department, but there is something fun and interesting about this to me.

I guess I first noticed how much the two look alike about ten years ago, while reading Lynch's One Up On Wall Street and Andy Warhol and Pat Hackett's Andy Warhol Diaries in close succession.
There was another interesting similarity between Lynch and Warhol that occurred to me over time. Not only did they look alike, but both seemed to be very recognizable public figures and spokesmen for their respective professions.
While Andy Warhol was (and still is) one of the art world's most recognizable figures and an unflinching proponent of the view of art as a business, Peter Lynch was out there in print and on TV, selling his view of investing for the average person and providing Main Street with a connection to the world of stock and mutual fund investing during the 1980s and 1990s.
Both served as diplomats of a sort, bridging their spheres (stock investing and the art world/celebrity culture) with the public at large. I think it's safe to say that many of us were provided with at least a partial introduction to these worlds through Peter and Andy. At least, in my case, this is true.